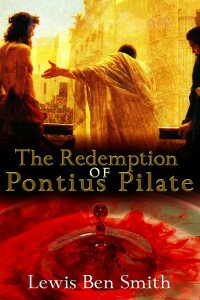 (Amanda’s Note: I don’t know about you, but seriously, my life is just messy right now. So I am super pleased to be hosting fellow eLectio author Lewis Smith on the blog today. Always nice to have a guest post that doesn’t require a ton of editing!)

My name is Lewis Smith, and I am a Greenville, Texas native.  My Dad was Reverend Ben Smith, who pastored numerous churches in Hunt Baptist Association; he was pastor of North Baptist Church for fourteen years and Faith Baptist Church in Quinlan for ten years, as well as many other shorter pastorates and interim pastorates during his fifty year ministry.  I was the youngest of four children that he and my Mom had; I am the only one who has remained in Greenville.  My other three siblings live in different parts of Texas.
I was raised in the church.  I like to tell my students that I had a severe drug problem as a kid – my Mom and Dad “drug” me into the church every time the doors were open!  I wasn’t even allowed to stay home on Sunday night to watch “The Wonderful World of Disney,” no matter how I begged.  For that reason, I don’t have a dramatic conversion experience to relate.  I wasn’t a member of a Nazi biker gang, or a drug dealer, or some lust-starved sex addict.  I was just a six year old in church one Wednesday night around 1970 when the Spirit told me: “It’s time for you to be saved,” and so I was.

My Dad baptized me at North Baptist Church, and I have remained active in church for the rest of my life.  I always felt rather guilty, because when I was a teen, it was the big thing to have men who had been saved out of horrible situations come and preach revivals – former gangsters, drug dealers, convicts, and all around scoundrels would come to the church and explain how Jesus had turned their life around.  I was embarrassed because my testimony was so boring, until one day my Dad told me, “Son, God saves some men out of desperate situations.  He saves other men from ever having to go through them.”  Once I saw it that way, I felt better about my own testimony.

When I was sixteen, I felt God calling me to preach.  I thought about it, prayed about it, and talked to my Dad about it (to his credit, he tried to talk me out of it!).  But I was sure that this was what God wanted me to do.  So at age 16 I came down the aisle and pledged my life to the Gospel ministry, and the church licensed me to start preaching.  I can remember in High School I would get a call from some tiny little country church asking me to come and fill their pulpit one Sunday, and I would hop into my 1977 Dodge Aspen and head off to communities like Floyd or Fairlie, or wherever the call came from.  I only had three or four sermons worked up and they weren’t great, but God blessed me anyway.

After High School, I joined the Navy and served for four years aboard the USS Lockwood.  It was not a Christian-friendly environment, and there were lots of temptations, but I managed to avoid most of them.  In 1984, while home on leave, I was ordained into the Gospel ministry.  Later that same year, I married my childhood sweetheart, Patricia Ann, and we lived in Japan together for the last eighteen months that I was in the service.  It was a great time for our relationship to grow and develop, since running home to Mom and Dad was not particularly practical at that point!

In 1986, I was discharged honorably from the Navy with full college benefits and enrolled at East Texas State University (I still refuse to call it by that OTHER name since it was annexed by the Galactic Educational Empire, AKA the A&M system!).  I jumped back into my Dad’s church, Faith Baptist in Quinlan, teaching a Junior High boys’ Sunday School class.  But in 1988 I was called to pastor a small church between Greenville and Wolfe City, Honey Creek Baptist Church, where I would stay for the next fourteen years.  It was a great time for me to grow in my faith and in my ministry, and God blessed the little church with a harmonious spirit and a heart for supporting missions throughout my service there.  Since Honey Creek ran about 20 people a Sunday, it was necessary for me to be a bivocational minister.  After I graduated in 1993 with my Master’s Degree in History, I was hired as a full time instructor at the Greenville Christian School and have been employed there since the fall of 1996.  I will start my 20th year of service there this August!  My twin daughters, Rachel and Rebecca, were born in 1994 and graduated Greenville Christian School in 2013.  I left Honey Creek in 2002, and since then I have pastored at Gober Baptist and Fellowship Baptist of Lone Oak, where I currently preach.

The heart of my ministry is in teaching the Gospel, particularly in the field of New Testament apologetics.  In an increasingly skeptical world, I want everyone to know that the Christian faith rests on a firm foundation of real historical events, not fables and falsehoods. I believe that the Jesus of Gospels IS the Jesus of history, and I can explain why that is true.   I have read deeply into the historical and archeological background of the New Testament, and for some reason in recent years I have become something of an atheist magnet on social media.  Without trying to come across as self-righteous or arrogant, I answer back every time I see someone trying to trash our faith or repeat common fallacies about the Bible and Jesus.  Two years ago, I started doing an “Ask the Preacher” column every week in our church bulletin, and our secretary decided to start sending it to the Lone Oak newspaper last year.  It’s become a very popular feature since then.

I have always been an eclectic and constant reader.  I read fiction and non-fiction of nearly all genres (OK, not Harlequin romances, but nearly every other genre!).  In recent years I became disturbed by two trends – one, the number of best-selling novels with huge followings whose plots involved disputing and denying the claims of Christianity.  THE DA VINCI CODE was a classic example, but there have been many others, and more are being written all the time, as well as scholarly works that try to cast doubt on the Scriptures and on the divinity of Christ.  The other trend that bothered me was how badly written much Christian fiction was.  In 2012, I tried to read a book by a best-selling Christian author about the writing of Luke’s Gospel – and I couldn’t finish it.  It was historically inaccurate, poorly written, and the dialogue was unbelievably bad! (For one thing, Jewish characters living in the First Century Roman Empire did NOT use the phrase “OK” in conversation.)  I thought to myself that I could probably write something better than that, and still keep a strong Christian message woven into the story.  I even began, in the back of my head, to sketch out the plot of a possible Christian novel.

One day that spring, sitting in chapel at GCS, a small voice spoke to me and said: “It’s time to start writing it then.”  I went home that night and wrote the first seven pages of a novel called THE TESTIMONIUM.  I got up at five the next morning and wrote six more pages before leaving for work.  Nine months and 450 pages later, it was finished.  I set out to write a good adventure story with a strong Christian message and some great apologetic arguments, and looking back, I think I succeeded in doing so.  It was my first effort, and there are some weak spots I’d love to go back and tinker with, but overall, I was proud of what I had done.  Over Christmas break, I started shopping it around to agents and publishers.  I did not really want to self-publish, or go to some predatory “vanity press.”  I prayed “God, if you want this story to see the light of day, then let someone be willing to take a chance on it.”  For a year I sent out query letters and sample chapters, and while I was doing that, I started work on my second novel, THE REDEMPTION OF PONTIUS PILATE.

In February of 2014, I found a small, independent Christian publisher’s website.  They were called Electio Publishing.  I saw on their site that they accepted unsolicited manuscripts, and so I sent them my first book right after I finished the second one.  Five days later I got an Email, then a phone call.  They liked my story and wanted to offer me a contract, and so I became a published novelist.  Now I have two books in print, another one coming out in December of 2015, and I am wrapping up work on a fourth.

In all my works, I seek to do three things: First, to tell a good story.  It doesn’t matter how much sound doctrine is there if the book is boring or clunky.  Secondly, to uphold the truth of Scripture.  My guiding light is that the Bible is one hundred per cent historically accurate and inspired, so while I may add some details to the lives of Biblical characters, I will never contradict or second-guess the plain language of Scripture.  Finally, in every work, I want to lead people towards Christ and the salvation that can only be found in him.  All my stories are designed to point the way to Jesus, even if my characters have to walk a long and dark path to find Him.  I want to write Christian stories that will still appeal to non-Christian audiences, trying to fulfill Christ’s command to “teach all nations.”
I’m not a world-class evangelist, or a megachurch pastor.  My church does well to have forty people on any given Sunday. I doubt I will ever personally speak to packed out stadiums or huge audiences.  But in my books, I hope to leave a testimony of what Christ can do in people’s lives – stories that will be read by folks long after I am gone, pointing them the way to salvation by grace through faith. That’s my testimony.

Want more from Lewis Ben Smith? Find him on Twitter and Facebook, and you can pick up his novels at the eLectio Publishing website (where you will be entered to win a FREE Kindle fire with each purchase of a paperback) or Amazon. Affiliate links used.

May 20, 2015 by Amanda Lynch in Guest Posts 0 Comments
Tagged with: Lewis Smith, The Redemption of Pontius Pilate, The Testimonium